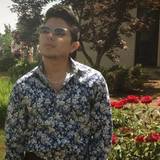 I was arrested after asking for an equal access to education

So one time I went to Wake Tech and was arrested after asking for equal access to education.

Pics or it didn't happen, right?

It was in the newspaper. I wrote the article myself. There are two videos from TV on youtube about it. One. Two.

Here's a little slideshow of a few moments from that event: I have one copy of that month's high school newspaper and I'll rewrite my article here for your reading pleasure.

I planned my own arrest.

In the fall of 2012, I joined Immigrant Youth forum (IYF), a local youth group made up of undocumented and allied youth from the area.

In June, Amy Fischer, former IYF leader, asked group members to take a stand for in-state tuition, even if it meant risking arrest. North Carolina has the ninth largest undocumented population in the U.S. and an estimated 51,000 undocumented students. A few of us, like Chapel Hill alumnus Marco Cervantes, Carrboro student Ulises Perez and myself, were eager to expose the injustice that thousands of students face al over the state We called ourself the In-State Five.

Out-of-state citizens only have to live in another state for one year to be treated as in-state, while undocumented students can live anywhere for any amount of time and still be charged fourfold their in-state peers' tuition.

The In-State Five and IYF talked to lawyers and made signs. We recited our concise biographies, focusing on how the issue affected us as individuals. We memorized talking points for the media's every question. We practiced answering questions like, "Why are you here today? Is it worth getting arrested?"

On August 15, after we rehearsed the routine for the last time, the news crew from WNCN, a local, NBC-affiliated TV station, interviewed us. Nervous but willing, we set out of to fight for our rights.

We planned a rally, where we allowed the protest group to grow over the course of four hours, starting at 2:00 p.m. However, local police expected us at Wake Technical Community College. We were told to leave due to unfiled protest forms. We gathered next to a nearby highway and unloaded signs, gowns and camera phones. Univision, an American Spanish-language network, interviewed us. then, the Five led the group of 40 allies to the admissions office.

Police tried to stop us, but granted us passage when we said we wanted to apply for classes. Inside, we asked the receptionist if we could register. She said we could. Next, we asked about out-of-state tuition, and before she could answer, the Vice President of Administration stopped us and tried to take us to where the public could not see us. We refused to move. He gave us a copy of "the law" and said he "just [follows] it." We asked him, "But isn't this unjust?" He acknowledged the injustice, but told us he had "no power."

With TV cameras and cell phones out and police surrounding us, we rolled out a large banner advocating for change in policy and sat next to it, refusing to leave until granted in-state tuition.

We were arrested for second-degree trespassing and sent to the Wake County Detention Center.

We were fingerprinted many times. Our mug shots were made and shoelaces confiscated, so as to prevent suicide. The whole underground area was cold and enclosed, with large metal doors on every white cinderblock wall. The food was nauseating.

We were run through Immigration and Customs Enforcement, and then put in a lobby, where we waited for our bail and court date. Bail was paid by thoughtful donors of NC Dream Team.

It was getting late, so they began putting us in cells. I was the first of the Five to get called in. Forced to wear and under-wage jump suit, I was put in a cell with at least eight other men, some of who appeared discouraged. I met five men who were victims of dirty police work. They were caught driving under the influence and put on probation for one year, paying for lawyers and mettings out of their own pocket. On August 15, they received a call saying that the last probation meeting was later that day. They showed up, found immigration officers there, were arrested and sent to the same lock-up as me.

I told them that I knew people who could stop deportations. We hurriedly made a name list because three of them were already leaving to convict cell in chains. I called the number written in Sharpie on my arm and told Amy about my new friends. I was assured [IYF] would help them. Amy also mentioned that our bails were paid, so soon we would be out of jail. After eight hours in jail, we were out by one in the morning.

North Carolina school policy does not allow undocumented students to study in our own state for in-state rates. Not enough attention is paid to this issue, so we gave people something to notice.

In the end, five young men were arrested after asking for in-state tuition in their own state.

In the end...there is no end. It does not stop here. Our dream is to change policies that relieve immigrant students from out-of-state nonsense. We must keep acting until we see the intended change Do not sit idly while we struggle. Call attention to it. Don't alienate us—we are all one people.

This was a peaceful protest.

But just because there wasn't violence doesn't mean we just did it for fun. We didn't just do this for shits and giggles. We act on our beliefs on what we think is right, fair, and just.

How many of you have done something similar for a cause?

How many of you rehearsed for it?

How many of you were on TV for it?

How many of you wrote the article for the cause?

What are you willing to do for something you're passionate about?

How much time will you spend on it?

My volunteer work is not only still occurring, but it's evolving.

From protests to speaking to middle/high school/college classes, to newspaper, to TV, to an informative site like this one.

What have you done?

And I can already hear it now:

"But you're a criminal, you're not from the United States, why are you demanding equality when your immigration status means we should treat you differently? Why makes you think you're so fucking entitled?!?😤"

That Supreme Court decision says that the government should not be looking at a student's immigration status in order to determine whether or not they deserve an education. However, this decision was limited to grades K-12. After that, immigration status becomes an obstacle for the student to overcome.

I have been in NC since I was 4 years old. I have no memories of Mexico. I am "American" in every way except on paper. If my fellow peers, some of whom I've known since Kindergarten, are eligible for in-state tuition in NC, then so should students with an immigration status like mine.

Why waste state funding on free education for these students from K-12, and then make it almost impossible for them to get a college education? If you really want the state to prosper, stop holding back some of the brightest students in the country.

You may be agreeing with what I'm saying, maybe not. That's your opinion, but let the discussion continue. I'd be more worried if we weren't talking about this.

And trust me, there are people who disagree with me all the way. Just look at the comment section of ABC's online post about the event.

To conclude, let me ask again:

What have you done?